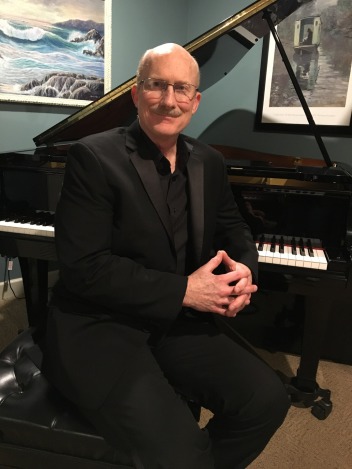 Born into a musical family in Bucks County, PA, Randall Hartman began taking piano lessons from his mother at age 5.  Randall and his two brothers had weekly music lessons on three instruments, and sang quartets with their father who also sang with the Trenton Opera Company.  The Hartman family gave concerts throughout the Delaware Valley.  The Hartman Brothers appeared in concert with the Delaware Valley Choral Society at the Ocean City Music Pier in New Jersey.   A church organist at fourteen, Randall went on to tour with the Hartman Brothers, a duo-piano team.  He also appeared with the Grand Piano Orchestra.

For many years Randall has organized and conducted 30 piece community orchestras and choirs, as well produced many stage productions in the community.  He studied advanced choral conducting with the late Joseph Flummerfelt of Westminster Choir College in New Jersey.  He has been and continues to be accompanist for many community choirs and vocalists in concert and recitals.  Randall is also a trumpeter and has played extensively in brass and wind ensembles all his life including pit orchestras as pianist or trumpeter.

Randall has been touring the U.S. as a member of the four piano quartet "Piano4" since 2002.  Performances with Piano4 include opening night at the International Bach Festival in Philadelphia with Orchestra del Teatro Olimpico di Vicenza, Bach concertos for 3 and 4 keyboards.  The Danboro Symphony in Illinois featured a performance with Piano4 in Gershwin's Rhapsody in Blue and the Blue Danube Waltzes.  Randall also performed at the Kimmel Center in Philadelphia with Piano4.

Randall has Piano Performance degrees from Houghton College and Temple University including a Master of Music in Piano Pedagogy.  He has also served on the faculty of Eastern University.   He continues to serve as adjudicator and recitalist and maintains a large teaching studio just north of Doylestown PA.

Pictures of Randall Hartman in performance online! Check them out. 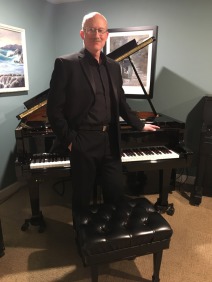